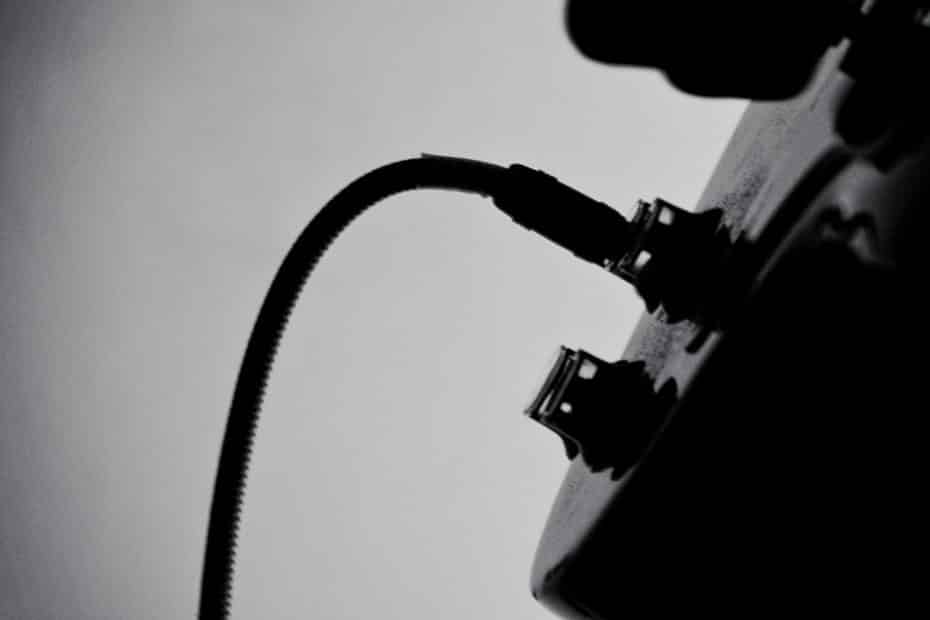 Expression pedals are used to control variable parameters on electronic music equipment such as digital amplifiers, rack effects, stomp boxes, MIDI controllers, and keyboards. The pedals do not contribute to the sound themselves, but remotely control aspects of the device they are connected to. It might help to think of an expression pedal as a remote knob that can be controlled with your foot. Exactly what an expression pedal can control, will depend on the features of the device it is connected to.

Most digital amplifiers and multi-effects units support expression pedal control of basic functions such as volume, wah, and whammy which are traditionally controlled from this type of pedal. But often many more functions such as reverb trails, delay feedback, rotary speaker speed, mix, and so forth can also be controlled, giving the musician significant benefit in a live situation. It’s important to remember that expression pedals can only be used with devices that have a dedicated expression pedal input and/or have a MIDI control input.

Examples of digital amps and multi-effects units with expression pedal control include:

Increasingly, stomp box manufacturers are also adding expression pedal control to many of their products. Examples include:

Expression Pedals comprise a pedal assembly that sits on the floor or can be mounted to a pedal board, with a rocker that can be moved up and down with the foot. Inside the pedal the rocker attaches to a potentiometer that moves proportionally to the pedal. The potentiometer is connected to an output jack or output cable that attaches to the expression pedal input of the device you are controlling. Unlike an in line volume pedal, there is no ‘input’ on an expression pedal as it does not connect to the instruments signal chain. There is just the single output that connects to the dedicated expression pedal input on the effect device. The device sends out a control voltage on one conductor of the cable which passes through the potentiometer and then is received back by the device on another conductor. As the pedal is moved up and down, the resistance within the potentiometer changes allowing more or less of the input control voltage to be returned. The amount of returned voltage is continually measured by the device allowing it to determine the position of the pedal and hence vary the effect. Expression pedals are typically passive devices that require no power of their own, with the control voltage being generated by the equipment they are connected to.

Expression pedals and CV pedals are not the same although they are often confused as they perform largely the same function but in a slightly different way. A passive expression pedal does not generate the control voltage itself; it receives it from the connected device, and returns it on a separate conductor along the connecting cable. A CV pedal generates the control voltage itself. A CV pedal requires a battery or external power supply. Some devices can use either, but if a device is not designed to be used with a CV pedal, then it could potentially be damaged by connecting one, so please read the manual before connecting a CV pedal to anything. CV pedals have their origins in analog synthesizers and are commonly, though certainly not exclusively, seen with synths and keyboard related devices. Built in expression pedals that are integrated into certain floor mounted effects units use different proprietary systems.

There is no recognized standard for expression pedal inputs. Effects and amp manufacturers use whatever variations are appropriate for their particular application. This can cause problems for the consumer needing to find an expression pedal that will work well with particular devices. The following describes the typical variations.

1. Potentiometer resistance.
Many devices require an expression pedal potentiometer resistance of somewhere between 5k Ohm and 50K Ohm. Some equipment is quite forgiving and will work well with anything in this range, others may require a very specific resistance to work properly. Still more equipment needs specific resistances outside this range including 100K, 250K, even 500K. Using a pedal with an incompatible resistance for the device can result in limited range, jumping or notch like response or in some cases, the pedal just won’t function at all.

3. Wiring.
Most potentiometers have three connectors; Clockwise, Counter-clockwise, and Wiper. Amazingly, there are multiple different ways these can be wired, all achieving largely the same result, which means yet more variations for expression pedals. The most common expression pedal wiring is to connect the pot to a 1/4″ stereo (TRS) instrument jack as follows:

An alternative is with the tip and the ring reversed as follows:

Yet a third way is as follows:

In this last one, the wiper and CCW are bonded together and connected to the tip and the ring is unused. This requires the use of a mono (TS) cable such as a regular guitar cable, in place of the stereo (TRS) cable used in the other two. These three are the most common that we see in expression pedals, but we keep finding more. Sometimes a dual gang potentiometer is wired in parallel to create a single pot with half the resistance. For example you may see a dual 20K Ohm potentiometer bridged into a single 10K. In this case the pedal will function the same as if it were a native 10K Ohm single pot.

The most unusual configuration we have seen appears to be the original Univibe speed control pedal which looks like it used a dual gang 100K Ohm log pot with the wipers bridged together and connected to the ground. It would be interesting to find out what the story is behind how that came about. There are some Univibe clones on the market that require a similar type of wiring.

An expression pedal with wiring polarity that matches the equipment specifications is required. Using a pedal with incompatible wiring can result in limited range, jumping or notch like response, or the pedal just won’t function at all, so make sure you check the requirements of your equipment. It’s often listed in the User Manual.

As previously mentioned, most expression pedals are passive devices and employ a mechanical means of converting the linear movement of the rocker to the rotational forces required to turn the potentiometer. Commonly these utilize a rack and gear mechanism or a system that uses a kevlar string or metal band. Most off the shelf potentiometers are designed for panel mounting and to be turned by hand, and this creates a couple of problems for expression pedals. Firstly the physical characteristics are not normally designed for foot operation. The forces involved in a foot pedal are often way beyond the mechanical specifications of a panel mount pot, causing them to break. Secondly, most of the shelf potentiometers with stops will rotate between 270 and 320 degrees. If this is not specifically matched to the movement of the rocker, the pot may not move through it’s full rotation, or may hit the stops. This can cause problems with dead spots and limited range or damage to the pedal. For best performance, it’s important to have a potentiometer that is purpose designed for foot pedal duty and with a rotation angle that matches the movement of the rocker mechanism. Most commercial expression pedals will have this, but if you are attempting to make your own, you will need to keep this in mind.

Some of the more sophisticated effects and controllers, in particular MIDI devices, incorporate a calibration utility that can mitigate some of the issues with pot rotation. In these devices, there is normally a software option that allows the user to match the device to a specific expression pedal. In most cases this involves moving the pedal between it’s maximum and minimum settings and the device measuring the result. It then sets it’s internal parameters so that it recognizes where the maximum and minimum settings are of that particular pedal. This can often resolve problems of limited range. When using a device with this capability, it’s important to calibrate all expression pedals in accordance with the manufacturers instructions. If the pedal is ever replaced, even with the same model, calibration should be run again.

Calibration utilities sometimes cause confusion when using MIDI. This confusion is normally due the how the calibration is displayed on the device relative to MIDI values. In MIDI, continuous controller (CC) movement is described using a range 0-127 where 0 is normally minimum or off, and 127 maximum. For example if using a volume CC, 0 would be no volume, 63 would be about half volume, and 127 would be maximum volume. The calibration utility measures the characteristics of a particular pedal and then internally maps them to the correct MIDI values, so that when a pedal is pushed all the way down for example, a MIDI CC value of 127 is sent. The confusion arises because when calibrating, the device is often displaying to the user it’s own measurement scale, and not the MIDI values it is mapping to. For example, if a device displays 0-99 when calibrating a pedal, this does not mean that it will only go to 99 on the MIDI scale. The device is displaying it’s own reference numbers and NOT MIDI VALUES. Internally, the device maps 99 to 127. There is no standard. Different manufacturers use different scales such as 0-10, 0-99, 0-1024. Some manufacturers actually use the MIDI scale 0-127 which reduces the confusion. Either way, when using MIDI, internally all these will all be mapped to the correct MIDI range. Also, users should not be overly concerned about reaching the maximum and minimum calibration values. The purpose of calibration is to map the values of an individual pedal. For example, on a device with a scale 0-99, a pedal may calibrate at 3 and 96. Again, this simply means that on this pedal, 3 will be mapped to MIDI 0, and 96 to MIDI 127. If when calibrating a pedal, the numbers are significantly out of line, such as 59-69, or the numbers don’t change at all, it most likely means something is wrong in the setup such as the pedal is incompatible or is using the wrong cable. Users wishing to validate MIDI CC values can usually connect a computer running MIDI monitoring software such as MIDI-OX to the MIDI channel and monitor the MIDI traffic.