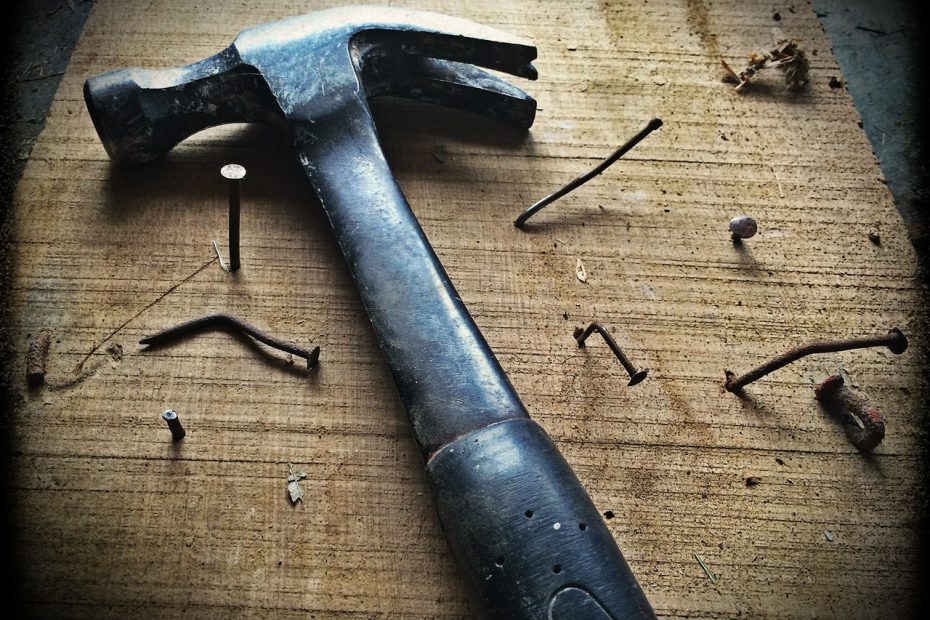 Guitar signal noisy, intermittent, or just plain dead? Unable to make it through a rehearsal without something fizzing, popping, or blowing up? Sooner or later something is going to fail, and every rig needs some regular maintenance to keep it running at it’s best. If you are not in a platinum selling band with your own guitar tech, then you are going to have to do it yourself. Here are the top fails, and how to fix them.

The most effective way to diagnose signal problems is usually to start at the signal source and follow it through to the end. For electric guitars, our practical signal source is the guitar pickups, and the end is the speakers. Connect the guitar to the amp by itself with a known good cable. Tap on the pole pieces of the pickups to make sure they are working. Wiggle the cable jack around to make sure there is not an intermittent issue with the jack on the guitar itself. Turn the volume and tone pots around a few times and listen for noises. If all is good, then connect the guitar back to the rig and follow the signal through one step at a time until you are able to isolate which device, cable, or interface is causing the problem.

I’m sure you have heard the humorous phrase used by realtors describing the major factors influencing property prices as being ‘location, location, location’. The equivalent for guitar rig failures is ‘cables, cables, cables’. Other things can go wrong, but it’s astounding how many apparent gear failures are just down to a bad cable. Following a logical cable testing process will usually find the cause of a problem in short order.

To identify cable problems, test one cable at a time with a known good guitar and amp. Examine the exterior of the cable for any obvious signs of physical damage such as cuts or deformities. Damage due to excessive pulling, shutting in doors, or chewing on from household pets or drummers can usually be uncovered from a visual examination.

Wiggling the cable around at both ends can help point to an intermittent connection. A common failure point for cables is where the conductor is terminated on the connector. If the plug is not the over-molded type, you should be able to remove the cover and perform a visual exam, checking for broken solder or screw joints. Use a cable tester or multi-meter to check for shorts or disconnects. To test a ¼” guitar cable with a multi-meter, set the meter to the continuity setting and touch the two probes together. Most meters will give an audible beep to indicate continuity. The resistance display should read something close to 0 ohms. Now touch one probe to the tip (pointy end) of one jack plug, and the second probe to the tip of the other. The meter should beep, and the resistance should read close to 0 ohms. If there is no beep, and a high resistance reading, then the conductor is likely broken or damaged at some point. Now check the sleeve connection the same way, there should be continuity between the sleeves at both ends. Now measure between the tip and the sleeve. These should not be connected and there should be no continuity between these. If the meter beeps when the probes are between tip and sleeve, you have a short circuit which will need to be repaired or the cable replaced.

TRS and XLR cables have 3 conductors rather than two, but the checking procedure is mostly the same: Making sure that you have continuity between the matching pins at each end of the cable, and no shorts between different pins.

Cable testers designed for the pro-audio market can save a lot of time. Available from many audio and music stores, these small metal boxes can often test around 10 different cable types providing audible and visual indications of cable status. They usually cost less than a single average quality guitar cable and are a worthwhile addition to any musician’s toolkit. Google ‘Pro Audio Cable Tester’ for more info.

Most plugs have the conductors soldered to the terminals, but some use screw terminals, and others still often called ‘solderless’ may be an interference fit. Broken solder joints can usually be re-soldered if you have the right tools. Screw and interference terminals can be screwed back into place. If there is a break at an unknown point inside the cable itself, then it’s usually best just to replace it.

Power issues are right behind cables as a major cause of rig failures. For battery powered devices, make sure to try a fresh battery. If there is any doubt, check the battery in another device to be sure it is good. Even if you are using external power, it’s worth trying a battery if the device supports it as it can help isolate if the issue is coming from the device itself, or the external power supply.

When using external power, make sure that the supply you are using is correct. Just because the plug fits, doesn’t mean it’s the the right power source. Check to see that the polarity is correct. Although a center pin negative barrel connector is common for effects pedals, it’s unusual in general, and most other consumer devices that use a similar connector are center pin positive. Well engineered devices will have polarity reversal protection which will minimize the chance of damage if you use a reversed DC power supply, but not all do. Using a reversed polarity power supply on a device without protection will usually cause serious damage, requiring the unit to be repaired.

Check that the voltage of the power supply is correct. 9VDC is common for effects pedals, but some require other voltages such as 12V 18V or even 24V. Over voltage is more likely to cause damage than under voltage, so if you are not sure for any reason, start with a lower voltage.

The most common power connector for effects pedals and similar devices is a 2.1mm barrel connector, but there are other diameter connectors that are almost the same that don’t quite fit. The plug may go into the jack but not make a good connection resulting in no power or intermittent issues. Check the manual for the device to make sure you have the right size power plug.

Let’s be honest here; finding a fault in your analog/digital, piezo/magnetic, wet-dry, stereo, MIDI switched, 19” rack mounted, power conditioned, wireless stadium monster is going to be a major pain unless you break it down into smaller elements. So, keep it simple, and work on one section at a time.

Start with a known good guitar and a cable that you have triple checked to be working correctly. Connect to one channel on one amp and test it. Does it work OK? Good. Now add ONE THING at a time until you find the device or cable that is causing the problem

Remember that sometimes an issue may not be the result of a failure, but could just be some type of mismatch, for example some fuzz pedals will not operate correctly after a buffer, and wah pedals can often sound odd after distortion pedals. There is nothing wrong with these devices, it’s just the way the were designed to work. If adding a device to a signal chain causes a problem, the device itself may not be at fault, it could be how and where it is connected.

In this case, try using the device on its own with just a guitar and amp. Does it work ok now? Check the user manual for any information on different settings or use cases and try repositioning the pedal order. If you have a lot of pedal interaction issues, using a switching unit such as the RJM Mastermind PBC can help. This lets you organize pedals into individual loops and then connect them as and when needed using programmable switches.