What is a TRS Cable? 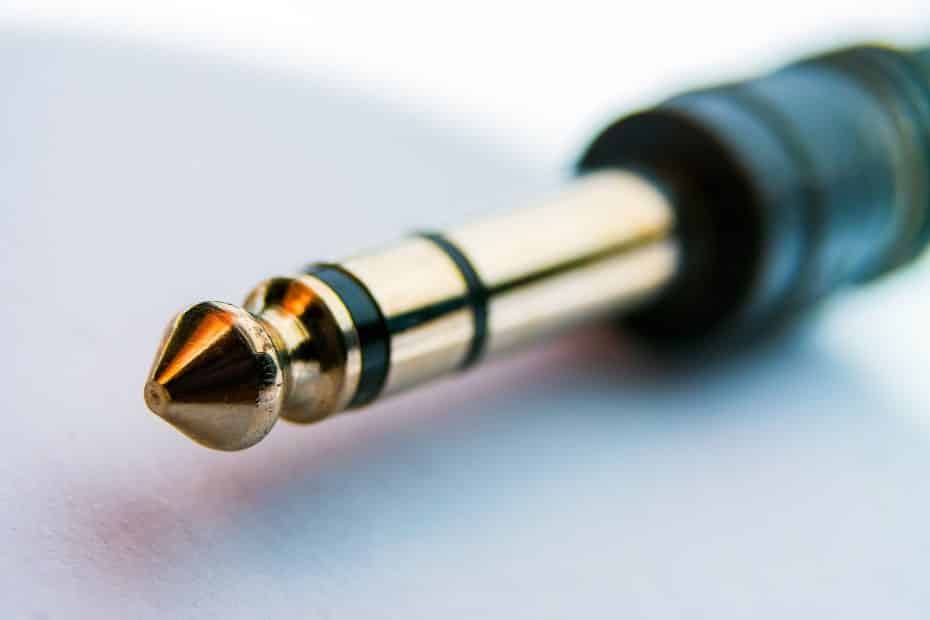 Pro-Audio devices sometimes call for TRS cables. What are these, and why do they frequently cause confusion? Let’s find out.

The letters TRS stand for Tip, Ring, and Sleeve, and refer to the parts of the jack plug that the different conductors are connected to. A TRS cable has three conductors vs the two on a standard guitar cable. A guitar cable is a TS, or Tip Sleeve cable.

The jack plug at the top is a TS jack. The pointed metal bit at the end, is the tip, and the long metal shaft is the sleeve. The black band between them is an insulator preventing the two parts of the jack from shorting together. Notice we said ‘band’ and not ‘ring’. It’s easy to look at a TS jack and assume the black insulation ring is the ‘R’ in TRS but it’s not. The TRS jack is at the bottom. It has a metal ring in the middle which is the third conductor. The three conductors are separated by two black insulation bands.

There are other types, most commonly a TRRS which has two rings, and four conductors in total. TRRS jacks are often used for stereo headsets with microphones where four conductors are needed for ground, left channel, right channel, and mic.

A TS cable is fine for carrying a mono instrument signal such as from a guitar pickup to amp. The tip carries the signal and the sleeve is the return path and also usually the ground. Sometimes an additional conductor is needed such as for carrying a stereo signal, a balanced signal, or when connecting a voltage divider such as in an expression pedal. When a device requires a TRS cable, it’s because the application needs a third wire, and it will normally not work correctly if you try to use a TS cable in it’s place.

When we refer to a TRS cable, it normally means that there is a TRS jack at both ends. However, there is also another variant called a TRS Insert cable or TRS Y cable.

The insert cable has a TRS jack plug on one end and two TS jack plugs on the other. They are called insert cables because they are often used in recording studios to connect outboard equipment to insert points on a mixer. They can also be used to connect stereo signals between equipment where device A uses separate jacks for left and right channels, and device B uses a combined TRS jack.

Like regular TS cables, TRS cables come with different jack plug sizes. The most common in pro-audio is the 1/4″ jack. The outside diameter at the sleeve is 1/4″. These are sometimes also called phone jacks, since they originated in the 19th Century for use in the first manual telephone switchboards. Wikipedia suggests that the 1/4″ jack may well be the oldest type of electrical connector still in widespread use having begun its life in 1878.

The smaller jacks commonly used are 3.5mm for computers and 2.5mm for handheld devices. Since much of the world had switched to the metric system by the time these smaller jacks were created, we now have to deal with the mixed units of measurement of the 1/4″ phone jack from the 1800’s and the modern metric computer audio plug.

If you need a TRS cable for your rig, check out Mission cables here.